Your Maintenance Man can provide all common repairs to your home or commercial building, helping you to keep the value of your investment.

We take the worry out of owning your home and free up your time for more important things like spending time with your family and friends.

Your Maintenance Man can also do a site review to identify any possible problem areas and help you schedule repairs before they become critical.

The home owner of this property was aware that there were some issues with this deck but had no idea of the extent. The first deck boards that were removed for replacement showed that the structure below was nearly rotted through. Examining them from below did not show the extent of the damage because the stringers had been carefully seal on all of the areas visible to the eye. However the face on which the deck boards were placed had not been sealed and they were rotting from the top and into the centres of the supports.

The deck rails were also failing in areas exposed to the weather. The style used was no longer available and rather than replacing all of them the fine Your Maintenance Man crew purchased cedar deck boards, cut them to match the others and stained them to match, saving the home owner considerable cost. 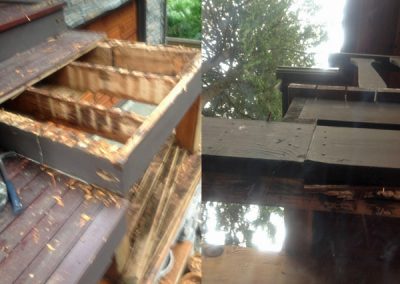 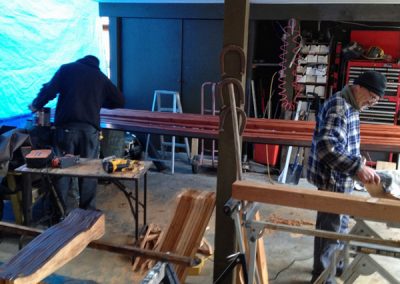 Many of our clients are owners of rental properties. In this case the home owner live out of town and relied upon Your Maintenance Man to correct structural problems that resulted from age and a previous attempt to fix them. 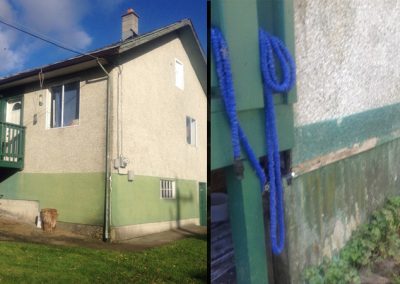 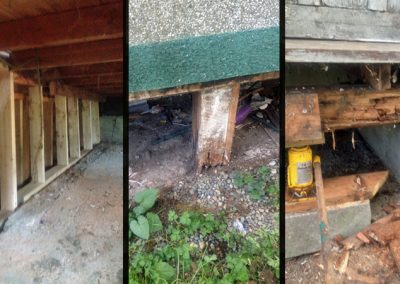 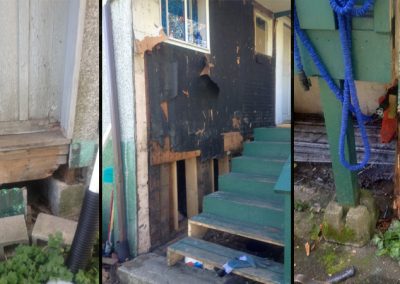